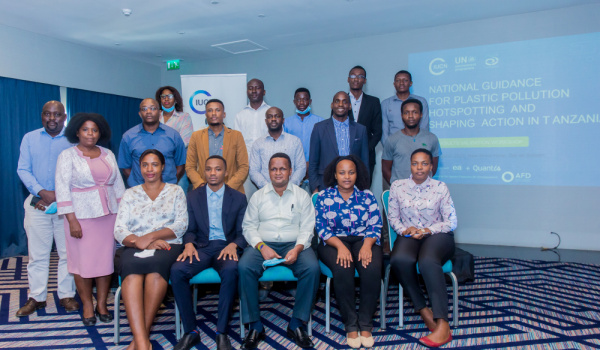 The Plastics and Coastal Communities (PlastiCoco) project aims to produce a report on the status of marine plastic pollution in Tanzania and support a report covering this issue for the region of Eastern and Southern Africa.

The project, which started in 2018 and will end in 2021, also aims to produce several knowledge products, including a national report on Plastic Pollution Hotspotting and Shaping Action, and three circular economy case studies which will be shared as part of the marine category of the IUCN Panorama case study database. The knowledge products will be presented and distributed at relevant fora in February 2021 to national and regional stakeholders in Tanzania and Eastern and Southern Africa and will be used to help guide marine plastic pollution policy decision-making at local, national and regional levels. All with great support from the Agence Française de Développement (AFD).

The overall aim of PlastiCoCo is the generation of knowledge on plastic pollution (source, distribution, accumulation points and impacts) and identification of mitigation actions along the African Indian Ocean coast. Though PlastiCoCo was focused solely on Tanzania, the assessment here is complementary to another IUCN plastic pollution project, Marine Plastics and Coastal Communities (MARPLASTICCs) which is funded by Sweden (Sida) and has generated assessments in Kenya, Tanzania, Mozambique, South Africa.

LIVING IN THE GREAT DUMPSITE →